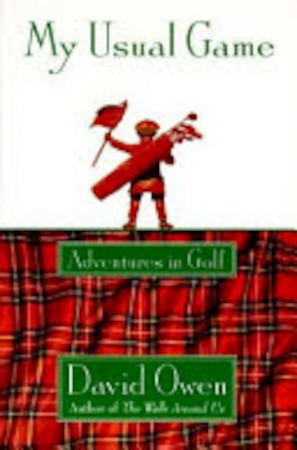 My Usual Game chronicles Owen's funny and enlightening quest to come to terms with a game that defeated him as a child. He rescues his swing at golf school, plays the great courses of the British Isles, spends a week with the inventor of the modern golf club, nearly wins the three-day pro-am at a tournament on the PGA Tour, travels with three golf-crazed friends to Myrtle Beach (where "obsessive viewing of the Weather Channel is the closest thing to an organized religion"), follows Fred Couples and Paul Azinger at the Ryder Cup, discovers what may be the darkest secret of the golf swing ("the difference between a slice and a draw is a certain number of beers"), trims his handicap from more than forty to a single digit, and lives out every serious golfer's fantasy by playing the dozen best courses in America, including Pine Valley, Cypress Point, and Shinnecock Hills.