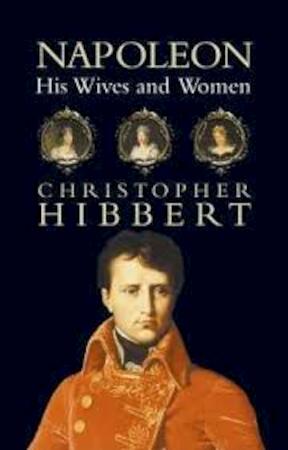 Napoleon: His Wives and Women

A masterly biography of Napoleon, concentrating on his private life, by the historian described by Stella Tillyard as ‘a master portraitist of great men’s private lives’ and by Amanda Foreman as ‘one of England’s greatest living historical writers’.

Modern history has produced one single myth on a heroic scale to rival those of Alexander and Caesar – that of Napoleon. The continuing fascination of this astonishingly gifted man is reflected in the number of books published each year on various aspects of the Napoleonic legend: some 250,000 volumes in all since Napoleon’s mysterious death in 1821.

What is still needed is now provided by Christopher Hibbert: an authoritative up-to-date account of Napoleon’s private life at all stages of his developing and extraordinary career, based on the fruits of modern research, his character, interests and tastes, his friendships, enmities and love affairs, his relations with the members of his remarkable family, the impressions he made on his contemporaries away from the council chamber and the battlefield, his personal life at war, in exile and as emperor in peacetime, the mystery surrounding his death: in short, the man revealed behind the soldier, statesman and legend.