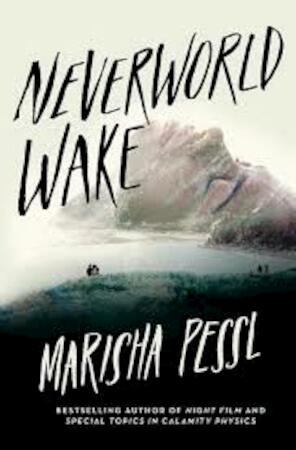 Five longtime friends, all graduates from an elite boarding school, reunite one weekend at the gorgeous lakeside estate where they'd spent many long weekends in the past, falling in love, writing songs, fighting, drinking, debating. Shortly after they gather, a strange individual knocks at the door and identifies himself simply as The Keeper and announces the seemingly impossible but true situation they are facing: Minutes ago, half a mile away on an unlit country road, all five of them were in a head-on collision in their green jaguar convertible. As a result, their souls are trapped in what The Keeper calls the Neverworld Wake - limbo; a turning point between Life and Death; a wrinkle in the universe's time-space fabric. He explains that one of the five can live, but the others must die. Based on a unanimous vote of the entire group, only one of them will get the chance to live.

At first, The Keeper's claims are met with laughter and amusement. They think he's just a crazy old man, and dismiss him and his claims. When all five wake up the next day, which is yesterday all over again, the sheer impossibility of what the old man contends gives way to the horrifying understanding that he speaks the truth.

So begins the psychological mind games. In no time at all, two things become clear: None of them knew each other as well as they thought; and all five will do anything within their power to win the vote to live. But is the outcome going to be morally correct, or can cunning and backstabbing effect the result?