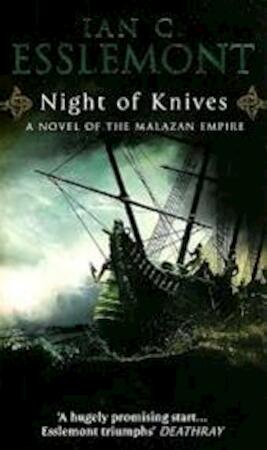 It gave the Empire its name, but the tiny island and city of Malaz is now a sleepy, seedy backwater port. However, this night things are a little different. This night its residents are bustling about, barring doors and shuttering windows. Because this night a once-in-a-generation Shadow Moon is due and threatens the good citizens of Malaz with demon hounds and other, darker, beings... And it was also prophesied that on this night the Emperor Kellanved, missing for all these years, would return. As factions within the greater Empire battle over the imperial throne, the Shadow Moon summons a far more alien and ancient presence for an all-out assault upon the island. Indeed, the cataclysmic events that happen this night will determine the fate of the Malaz and of the entire world beyond.