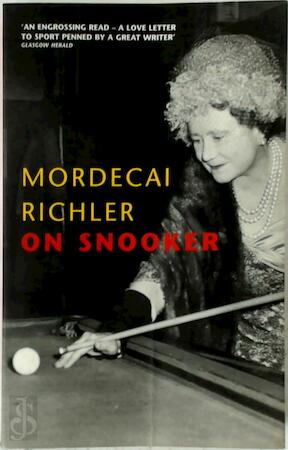 The Game and the Characters who Play it

Mordecai Richler honed his cueing action in the pool halls of Montreal where he misspent his teenage years hustling. He was addicted to the game and its grownup cousin - snooker - ever after. This book traces the history of snooker from its nineteenth-century origins to the tobacco-sponsored world of today's game. Richler visits the craftsmen who make the cues, the agents who control the sport, the groupies who obsessively follow the circuit and the millionaire players themselves. The 'bad boys' from Alex Higgins to Ronnie O'Sullivan, his fellow countrymen Cliff Thorburn and Kirk Stevens and, the central figure of the book, Stephen Hendry, the game's most talented exponent ever. A brilliant, witty and compact look at the game, On Snooker is sports writing at its best. It is a book that transcends its subject in unexpected and fascinating ways.