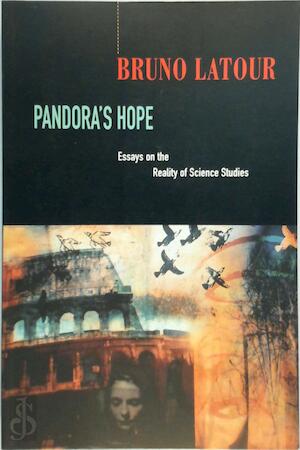 Essays on the Reality of Science Studies

A scientist friend asked Bruno Latour point-blank: "Do you believe in reality?" Taken aback by this strange query, Latour offers his meticulous response in Pandora's Hope. It is a remarkable argument for understanding the reality of science in practical terms.In this book Latour, identified by Richard Rorty as the new "bête noire of the science worshipers," gives us his most philosophically informed book since Science in Action. Through case studies of scientists in the Amazon analyzing soil and in Pasteur's lab studying the fermentation of lactic acid, he shows us the myriad steps by which events in the material world are transformed into items of scientific knowledge. Through many examples in the world of technology, we see how the material and human worlds come together and are reciprocally transformed in this process.Why, Latour asks, did the idea of an independent reality, free of human interaction, emerge in the first place? His answer to this question, harking back to the debates between Might and Right narrated by Plato, points to the real stakes in the so-called science wars: the perplexed submission of ordinary people before the warring forces of claimants to the ultimate truth.