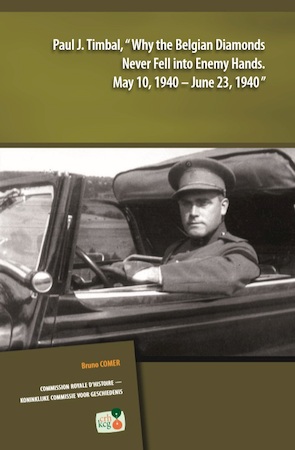 In 1940, Paul Timbal was Managing Director of the Antwerp Diamond Bank. On 11 May of that year, he set out to transport to Brussels a good 100?million francs’ worth (in the value of the time) of diamonds held by the bank. ‘Why the Belgian Diamonds Never Fell into Enemy Hands’ relates the story of his subsequent odyssey, which ended only on 23 June in London. The story is his day-by-day account of those six turbulent weeks, played out against the background of the German Blitzkrieg and the consequent flight of people in the face of it. The atmosphere of the account is coloured by the confusion and the conditions of existence marking that tragic period. The account also sheds a great deal of light on the attitudes of top figures in the financial world, on the behaviour of politicians and on the dilemmas that Timbal had to deal with. It was written more than three years after the events it describes, but the passion of those days comes through in undiminished force.