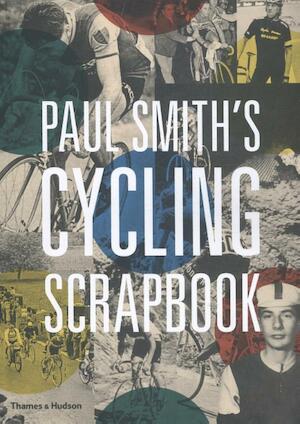 This lively 'scrapbook' seeks to illustrate Paul Smith's favourite people, races and places in the cycling world through the romantic and beautiful images and places that inspired him. From his collection of cycling jerseys and his extensive library of cycling publications and brochures of the 1950s and 1960s, to the inspiration he has found in his cycling heroes (Coppi, Anquetil, Bartali) and his collaborations with bike-makers (Mercian and Pinarello) and race organizers, this is a personal and highly visual journey that connects Smith's love of cycling with his love of design. One climax to this parallel career came in 2013, when he was invited to design the legendary maglia rosa - the pink jersey worn by the leader of the Giro d'Italia, which was blessed by Pope Francis I and presented to the winner.
Ultimately, this is not merely a book about one man's enthusiasm for a sport, but an insight into how the people, stories and imagery that fill this passion have influenced one of the most successful personalities in the design world.