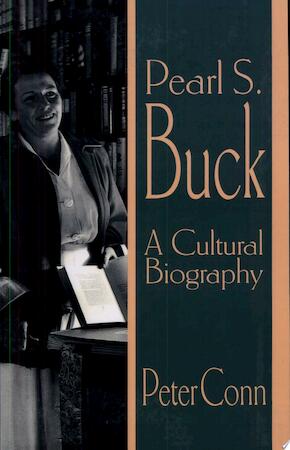 Pearl Buck was one of the most renowned, interesting, and controversial figures ever to influence American and Chinese cultural and literary history - yet she remains one of the least studied, honored, or remembered. Peter Conn's Pearl S. Buck: A Cultural Biography sets out to reconstruct Buck's life and significance, and to restore this remarkable woman to visibility. Born into a missionary family, Pearl Buck lived the first half of her life in China and was bilingual from childhood. Although she is best known, perhaps, as the prolific author of The Good Earth and as a winner of the Nobel and Pulitzer prizes, Buck in fact led a career that extended well beyond her eighty works of fiction and nonfiction and deep into the public sphere. Passionately committed to the cause of social justice, she was active in the American civil rights and women's rights movements; she also founded the first international adoption agency. She was an outspoken advocate of racial understanding, vital as a cultural ambassador between the United States and China at a time when East and West were at once suspicious and deeply ignorant of each other. In this richly illustrated and meticulously crafted narrative, Conn recounts Buck's life in absorbing detail, tracing the parallel course of American and Chinese history and politics through the nineteenth and twentieth centuries. This "cultural biography" thus offers a dual portrait: of Buck, a figure greater than history cares to remember, and of the era she helped to shape.