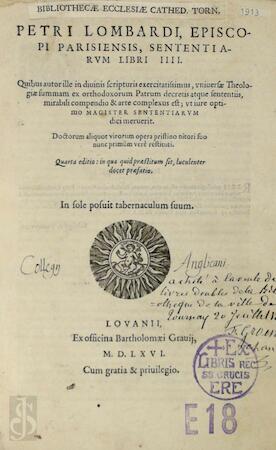 Fourth edition of Petrus Lombardus' theological and philosophical tract, a systematic summa of the theological questions of the time: the Sententiae became probably the most influential compendium read and discussed throughout the late Middle Ages. It became the standard textbook of theology at the medieval universities. All the major medieval thinkers, from Albert the Great and Thomas Aquinas to William of Ockham and Gabriel Biel, were influenced by it.