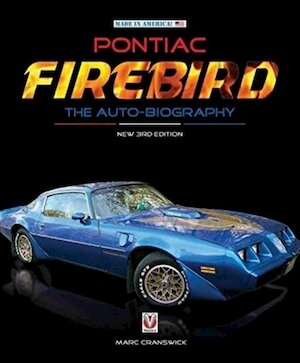 Over a 40 year period the Pontiac Firebird has earned a unique place amongst speedy domestic cars. What started out as another contender in the "me too" Mustang pony car race ended up becoming so much more. Only Pontiac could have come up with a coupe like the Firebird, and it was the Firebird that kept the performance fires burning once the mighty GTO was gone. The Firebird has garnered a reputation for being larger than life and many have come to view it as a large car, but that was not always the case. Pontiac's Firebird was originally a small US car, classified as a sport compact. In the days when people used the terms personal car and specialty car the Firebird wasn't even all that big. However, after the first major gas crunch viewpoints altered. One thing that didn't change was Pontiac's commitment to keeping their Bird flying high. The Firebird altered significantly through its lifetime, reflecting general changes and trends in the auto world at large. The Firebird's tale reflects the development of the mainstream domestic car in the modern era. V8s, turbo V8s, turbo V6s, HO V6s, overhead cam I6s and even a Super Duty four banger.If there's a performance avenue to be explored then the Firebird has been there, and Pontiac never quite gave up on the hope of using a transaxle.
Popular with car fans and in the sales charts, the Firebird has had a high profile both in television and at the movies. The Pontiac Firebird has also received its fair share of attention from hot-rod shops, tuners and car customizers. As per Pontiac tradition the Firebird delivered what folks expected in the real world. Even during the lean years the Firebird kept the 400 cube 4 speed dream alive when others had moved on to paint and tape specials. Fast cars didn't die out in 1973, they just started wearing the "Screamin Chicken" on their hoods. As a collector car the Firebird has all the credentials. A strong fan base, wide variety of power train and trim options, various low volume and commemorative models, and a healthy helping of nostalgia thrown in for good measure. A number of Firebird models are already valuable classics, but certain younger versions can be counted on as some of the fastest appreciating collector cars of today and tomorrow. The Firebird legend just gets bigger.From the go faster 1960s, gas mileage and pollution controlled 1970s, performance renaissance of the 1980s, through to the indifference of the 1990s. The Firebird was always there, this is its story.Cutting edge research and over 320 photos bring this in-depth, incredibly detailed story to life.
This edition feature an extra 40 images and new text.