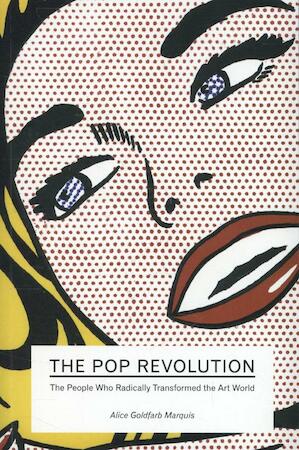 Lively, informative and entertaining, this is an account of one of the twentieth century's most flamboyant and influential art movements. Included in this group portrait are the famous: Roy Lichtenstein and his "Blam-Pow" comics panels, Andy warhol, shy, shrewd and tough as nails, and the power couple of Leo Castelli and Ileana sonnabend; the infamous, such as the collector Robert Scull, who bought so heavily that his own dealer deemed him "vulgar"; and a variegated cast ranging from artists Jasper Johns, Robert Rauschenberg, Robert Indiana and James Rosenquist to pioneering dealer Ivan Karp, controversial curator Henry Geldzahler, media guru Marshall McLuhan, author Tom Wolfe and many, many others.While shelves of books have been written about Pop art, The Pop Revolution is the first to approach it not only as an aesthetic upheaval, but also as a bellwether for the social, cultural, economic and political changes affecting America and Europe in the late twentieth century. As Marquis notes, the figures involved in creating and promoting the movement "set off the 'culture boom' of the 1960s, and were indispensable to the success, not only of Pop art, but of all the varied approaches to art that followed."rich in historical insights and unpublished information, The Pop Revolution is an extremely readable account of one of art's liveliest chapters.