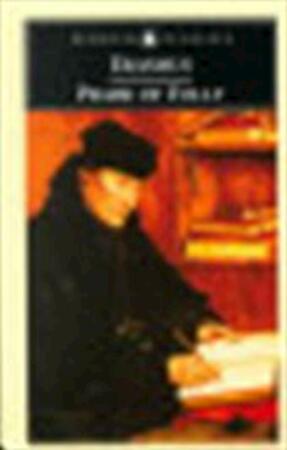 Erasmus of Rotterdam (c. 1466-1536) is one of the greatest figures of the Renaissance humanist movement, which abandoned medieval pieties in favour of a rich new vision of the individual's potential. Praise of Folly, written to amuse his friend Sir Thomas More, is Erasmus's best-known work. Its dazzling mixture of fantasy and satire is narrated by a personification of Folly, dressed as a jester, who celebrates youth, pleasure, drunkenness and sexual desire, and goes on to lambast human pretensions, foibles and frailties, to mock theologians and monks and to praise the 'folly' of simple Christian piety. Erasmus's wit, wordplay and wisdom made the book an instant success, but it also attracted what may have been sales-boosting criticism. The Letter to Maarten van Dorp, which is a defence of his ideas and methods, is also included.For more than seventy years, Penguin has been the leading publisher of classic literature in the English-speaking world. With more than 1,700 titles, Penguin Classics represents a global bookshelf of the best works throughout history and across genres and disciplines. Readers trust the series to provide authoritative texts enhanced by introductions and notes by distinguished scholars and contemporary authors, as well as up-to-date translations by award-winning translators.

"Praise of folly ; and, Letter to Maarten Van Dorp, 1515" is ook verkrijgbaar als