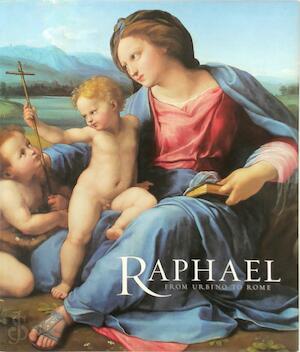 Raphael - From Urbino to Rome

This magnificent book traces the dramatic evolution of Raphael's style, from his earliest work as a competent master of provincial church decoration in Urbino to his later, masterful paintings in Rome. With beautiful color illustrations of more than 90 of the artist's paintings and drawings, accompanied by detailed catalogue entries and informative essays by distinguished scholars, the book is destined to become a classic text on this revered Renaissance artist.
Included in the book are discussions of Raphael's origins in Urbino, his earliest influences, and his first works for churches in Umbria and the Marches. The influence of Leonardo and Michelangelo on the young artist as well as the flourishing of his art under the enlightened patronage of Pope Julius II are also studied in detail. The book concludes with two short essays on Raphaels great Vatican frescoes and with a look at the artist's longstanding reputation and the presence of his work in many great British collections.