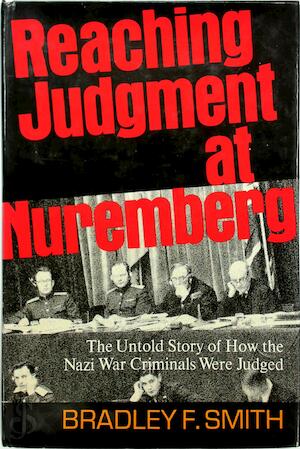 The Untold Story of How the Nazi War Criminals Were Judged

30 years after the event, the historic judgment of the Nuremberg Tribunal that tried Nazi Germany's major war criminals continues to haunt us. Was "justice" done or are the critics right when they point to the continuing persistence of crimes against the peace and against humanity--in Russia, Viet Nam, South Africa, and elsewhere--as proof that the whole enterprise was doomed from the beginning to be nothing more than the judgment of the victors over the vanquished? What went on in the minds of the judges as they listened to the sickening evidence, heard the interminable wrangling of the lawyers, looked at the arrogant, humble, defiant, and penitent defendants before them--and tried to render a verdict?