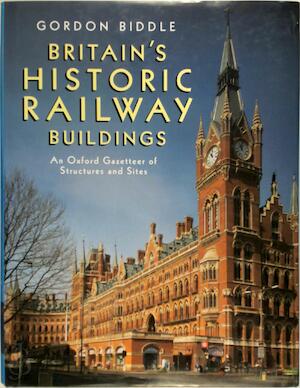 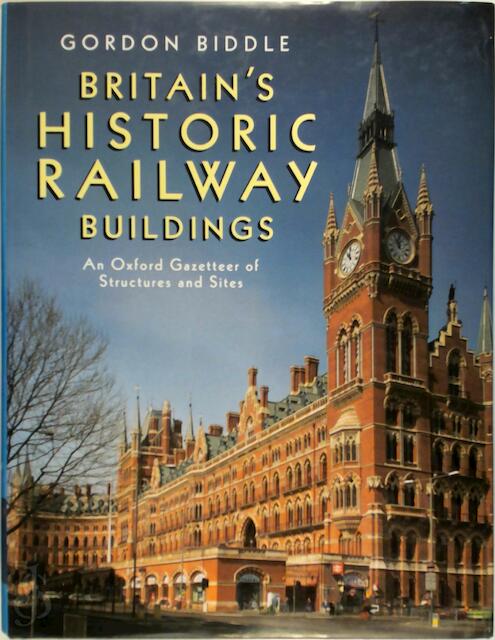 'As a distinguished railway historian [Gordon Biddle] has brought his prolific knowledge and incomparable experience to bear in offering us a railway compendium through which we can recognise, understand and value the outstanding legacy of this railway that is ours.'Sir Neil Cossons, Chairman of English HeritageWhen we think of railways we think of romance and adventure, we think of pioneers, inventors, long-distance travel, holidays, and partings. Our fascination with railways goes back to Victorian times, when rail travel, a revolutionary concept at the time, caught the imagination of a generation ofdesigners, architects, and builders.The legacy the Victorians left behind is vast and can still be seen today all over England, Scotland, and Wales, in the buildings that they built; the stations, from the city to the country; the railway hotels; the signal boxes; the engine and goods sheds; the bridges, viaducts, and tunnels; and thecrossing-keeper's cottages.Twenty years ago 400 railway buildings were either listed or scheduled, now this number is over 2,000. Some of these buildings are now no longer used by the rail industry, their individual histories in themselves interesting, but the majority are still part of the working railway, both the greats,from St Pancras to the Forth Bridge, and forgotten gems, from Elstob accommodation bridge in County Durham to Knucklas viaduct in Central Wales. With the speed of modern train travel, how often do we take the time to appreciate their rich architectural heritage?Unique especially in its illustrative detail, Britain's Historic Railway Buildings provides a comprehensive record of this legacy, from London and the South East to Northern Scotland. Eleven highly-illustrated regional chapters take a fascinating architectural journey along Britain's vast railwaynetwork stopping at over 2,300 structures and sites along the way. The pictorial archive that supplements the text, much of which has never before been published, offers the reader the chance to view the whole range of these outstanding landmarks. Each regional chapter also begins with a detailedmap of the area and a short introductory essay. Each entry within the chapters outlines designers, opening and (where applicable) closing dates and current usage, listing of scheduling information, Ordinance Survey grid reference, history, construction, significant highlights, and relativeimportance in railway history, including contributions - beneficial and adverse - to local environments.To complement the eleven regional chapters, the Gazetteer offers a wealth of additional material. At the front of the book there is a detailed survey of the evolution of structures such as stations, warehouses, and signal boxes; methods of building bridges, viaducts, and tunnels; the great railwayhotels; forgotten buildings such as engine sheds; railway towns and housing; building materials and where they came from. The statutory listing and scheduling process is also explained. At the back of the book there is a detailed record of lost buildings of importance and interest and also analphabetical collection of mini-biographical sketches of the more important railway engineers and architects. An illustrated glossary of architectural terms, a select bibliography, and an index of people are also included at the back of the book.'The events of October 2001 when Railtrack was placed in Administration and the subsequent deluge of media coverage has almost stifled any opportunity for good news about railways in the United Kingdom. Yet good news does exist, particularly in relation to railway heritage, including buildings,bridges and other structures.'Jim Cornell, Executive Director, The Railway Heritage Trust, Annual Report, October 2002.