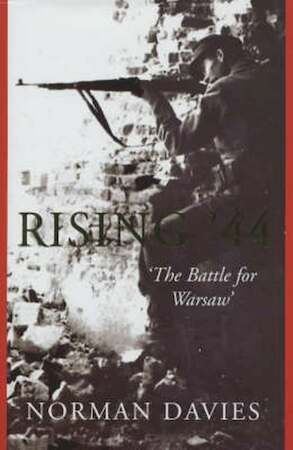 "the battle for Warsaw"

In August 1944, Warsaw presented the last major obstacle to the Red Army's triumphant march from Moscow to Berlin. When the Wehrmacht was pushed back to the Vistula River, the Polish Resistance poured forty thousand fighters into the streets to drive out the hated Germans. But Stalin halted the Russian offensive, allowing the Wehrmacht to regroup and destroy the city. For sixty-three days Soviet troops and other Allied forces watched from the sidelines as tens of thousands of Poles were slaughtered and Warsaw was reduced to rubble. Like Antony Beevor's bestselling The Fall of Berlin, Rising '44 is a brilliant narrative of one of the most dramatic episodes in twentieth-century history.