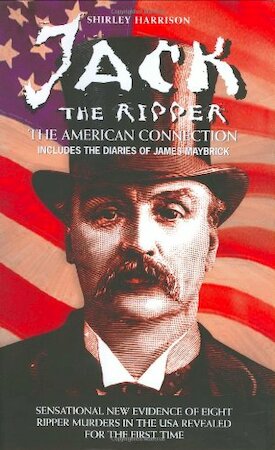 The American connection, inludes the diaries of James Maybrick

When the gruesome diaries of James Maybrick were unearthed 10 years ago, the last piece of a century-old puzzle was in place. The discovery offered the strongest evidence yet as to the true identity of Jack the Ripper. It suggests that Maybrick, a Liverpool merchant who, furious with his American wife’s infidelity, went periodically to London to butcher prostitutes who walked the streets close to where he had first seen his wife with her lover. Now, Shirley Harrison presents startling new evidence that Maybrick was also in Austin, Texas at the time of a horrific killing spree—eight murders, all likened to those of the Ripper. Reproducing James Maybrick’s chilling diaries in full, Jack the Ripper: The American Connection reveals a shocking twist in the tale.