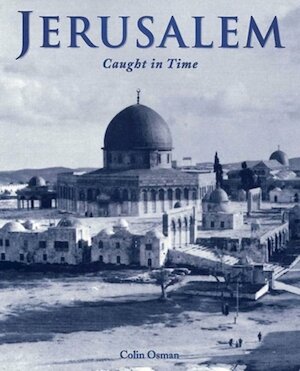 The great majority of photographs in this book have been taken from the archives of the Palestine Exploration Fund (PEF), an important research centre which set out to record the minutest details of the city and the surrounding area. Its work differed from that of many of the other photographers of the period who were Western Protestants and Armenian Christians, motivated by the demand among Westerners for the Jerusalem of Jesus and photographs of the Christian holy places. The PEF was not a political, religious or missionary organization but was instead motivated by the desire to record everything, from archaeological digs to the ordinary people of the city going about their daily business. Because of its unique position in Palestine, the PEF was also able to acquire collections from many different sources. As a consequence, this book has a wide variety of material, with photographs taken by local photographers and missionaries, as well as those taken by the professional photographers, motivated by the tourist trade. The Fund's archive is therefore a remarkable compilation of photographs of Jerusalem in the nineteenth and early twentieth centuries and reveals the true face of the city and its people.