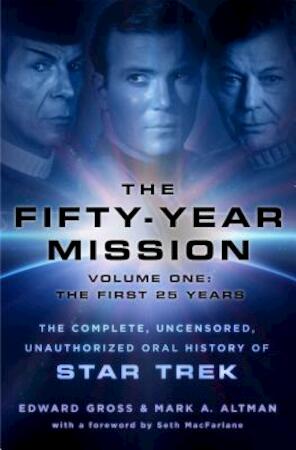 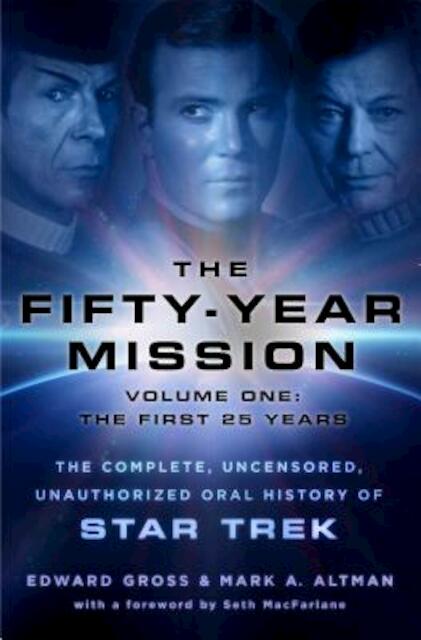 The Fifty-Year Mission - The first 25 Years

This is the unauthorized, uncensored and unbelievable true story behind the making of a pop culture phenomenon. The original Star Trek series debuted in 1966 and has spawned five TV series spin-offs and a dozen feature films, with an upcoming one from Paramount arriving 2016. There are many books about Star Trek, but never a volume with the access and insight of authors Mark A. Altman and Edward Gross, who have covered the franchise for over three decades. Here is their ultimate guide to the television classic, just in time for its 50th anniversary.

The Fifty-Year Mission is a no-holds-barred oral history of five Trekkie decades, told by the people who were there. Hear from the hundreds of television and film executives, programmers, writers, creators and cast as they unveil the oftentimes shocking story of Star Trek's ongoing fifty-year mission-a mission that has spanned from the classic series to the animated show, the many attempts at a relaunch through the beloved feature films.

Make no mistake, this isn't just a book for Star Trek fans. Like SNL's Live From New York and MTV'sI Want My MTV, here is a volume for all fans of pop culture and anyone interested in the nuts and bolts of a television touchstone.The Fifty-Year Mission demythologizes the sacred cows and oft-repeated bon mots of the legendary show to reveal the facts behind it, proving that truth is indeed stranger than science fiction.