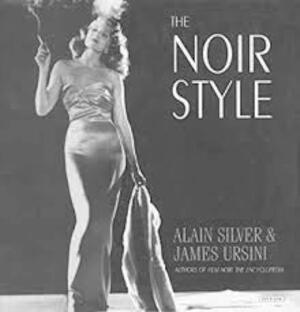 In the world of film noir, style becomes paramount," wrote Paul Schrader in his seminal "Notes on Film Noir." In "The Noir Style," experts Alain Silver and James Ursini analyze the look of noir-its elements and their impact on this most American of film movements-revisiting the territory they made their own in their classic "Film Noir: An Encyclopedic Reference to the American Style." "The Noir Style" traces the development of noir to its origins and documents its borrowings from other visual arts with chapters covering the recurring motifs that define the genre. Both an indispensable reference guide and an irresistible treat for film buffs, "The Noir Style" is an engaging and informative addition to the literature of film.