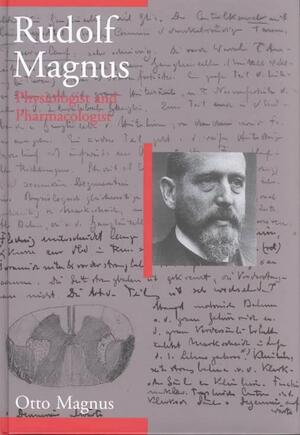 Most medical doctors have probably during their studies heard of the `Magnus and De Kleijn reflexes' and may have been aware of their relation to posture. But they know little about their significance and nothing about the man who unravelled the complex physiology of these reflexes and about his work. Rudolf Magnus lived from 1873 until 1927. His work on the physiology of posture was initiated during a short period of work with Sherrington in Liverpool in 1908. Though Magnus was also an authority in the field of pharmacology, it was particularly his neurophysical work on posture which made him known worldwide. It led to his nomination, together with De Kleijn, for the Nobel Prize in 1927. Unfortunately he died before the decision was made. In this illustrated biography Magnus' family background and his student years are described in a lively way. Fragments of the diary of his journey to England in 1898 and the description of his scientific career in Heidelberg will enlighten those interested in the history of how science was conducted during his lifetime. His lectures on Goethe as a scientist are also included. This is followed by Magnus' life as Professor of Pharmacology in Utrecht, and his studies on animal postures and experimental pharmacology. Finally Magnus' legacy is described.