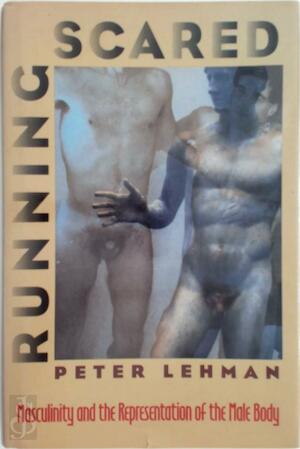 Peter Lehman charges that Western culture's silence regarding the sexual representation of the male body perpetuates the mythic power of the phallus. Just as the representation of women is so centrally shaped by the mother/whore dichotomy, the male body is restricted to images of spectacular phallic power or its pitiful, often comic collapse.
Surveying a wide range of cultural production, Running Scared traces the careful veiling of male images of sexuality to homophobia, castration anxiety, or fears of not measuring up. But Lehman also examines representations that betray male desire to abandon conventional positions of power. Asking how cultural notions of civilization and science shape texts, he examines narratives about feral boys and writings by sexologists. In chapters dealing with Howard Hawks films, Jim Thompson's noir novel, The Nothing Man, in relation to Hemingway texts, and penis-size jokes, Lehman is concerned with male protagonists who have lost or who lack power.
The author's alternative readings of films by such openly gay filmmakers as Almodovar and Fassbinder address intersecting issues of gender, sexuality and spectatorship. Concluding with a discussion of new possibilities for representing masculinity and the male body, he draws on Nagisa Oshima's In the Realm of the Senses, the work of feminist photographers Melody Davis and Sarah Kent, and the songs of Roy Orbison.
With its provocative analysis of films, sexology, pornography, popular fiction, photographs, popular music, and videos, Running Scared confronts the cultural taboos that limit our representation of and response to images of the male body.