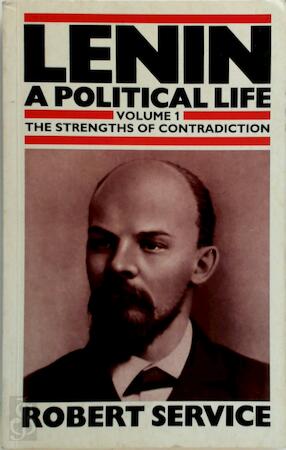 Volume 1 - The Strengths of Contradiction

The first book of a three-volume work on Lenin, his ideas, activity and environment. The first volume covers the years from 1870 to 1910. It traces his rise to authority and reputation among Russian Marxists around the turn of the century and his political troubles after 1903. The second volume, "Lenin: a Political Life: Worlds of Collision", takes the story through to 1918, showing how Lenin re-ascended his party's heights and led the Bolsheviks in the October Revolution. The third volume, "Lenin: A Political Life: 1921-24", deals with his struggles, until his death in 1924, to adapt policies to the postwar situation in Russia and the world. The trilogy presents a critical analysis. Both his strengths and his weaknesses as a leader and theorist are discussed. The volumes draw attention to much hitherto unused source material and the most recent monographs on modern Russian history have been taken into account. Each section of his political life is examined. Ideas, activity and environment are given equal consideration. It is demonstrated how they fitted together in a dynamic combination that prompts the choice of title for the first volume: "The Strengths of Contradiction".