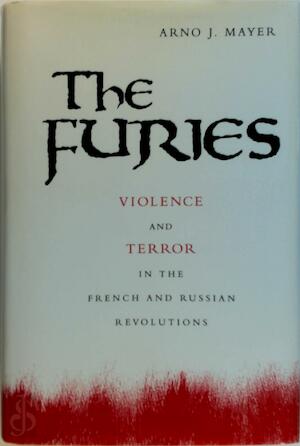 Violence And Terror In The French And Russian Revolutions

The great romance and fear of bloody revolution--strange blend of idealism and terror--have been superseded by blind faith in the bloodless expansion of human rights and global capitalism. Flying in the face of history, violence is dismissed as rare, immoral, and counterproductive. Arguing against this pervasive wishful thinking, the distinguished historian Arno J. Mayer revisits the two most tumultuous and influential revolutions of modern times: the French Revolution of 1789 and the Russian Revolution of 1917.


Although these two upheavals arose in different environments, they followed similar courses. The thought and language of Enlightenment France were the glories of western civilization; those of tsarist Russia's intelligentsia were on its margins. Both revolutions began as revolts vowed to fight unreason, injustice, and inequality; both swept away old regimes and defied established religions in societies that were 85% peasant and illiterate; both entailed the terrifying return of repressed vengeance. Contrary to prevalent belief, Mayer argues, ideologies and personalities did not control events. Rather, the tide of violence overwhelmed the political actors who assumed power and were rudderless. Even the best plans could not stem the chaos that at once benefited and swallowed them. Mayer argues that we have ignored an essential part of all revolutions: the resistances to revolution, both domestic and foreign, which help fuel the spiral of terror.