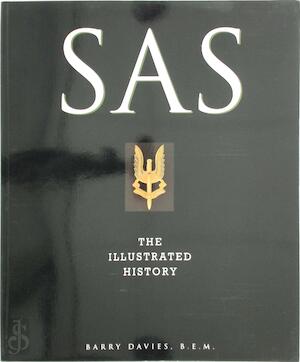 Britain's Special Air Service (SAS) is the world's premier elite fighting force. The regiment is home to the most highly trained and deadly soldiers ever to do battle and their reputation is that of ruthless efficiency. Whether operating deep behind enemy lines in a desert or jungle conflict, or tackling terrorism head on, the professionalism and dedication of the SAS is legendary.

Although this book concentrates on the modern era of the Falklands, the Gulf War and the regiment's vital role in the fight against terrorism, it also looks back at the campaigns of World War II and covers every major theatre of war in which the SAS has been involved.

Due to the clandestine nature of its operations, genuine photographs of the SAS are extremely rare and SAS: The Illustrated History forms a unique collection of SAS pictures, the majority of which were taken by members of the regiment and have never been published.

Each photograph is accompanied by a short text explaining why the picture is important, telling the stories of the regiment's greatest heroes and paying tribute to some of the world's bravest men.

No previous pulication had ever included so many fascinating photographs of the SAS, making 'SAS - The Illustrated History' the first complete and authoritative photographic account of the Special Air Service.