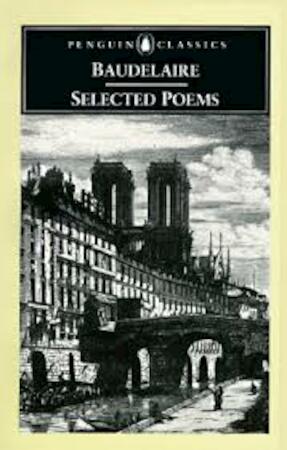 'I have sought forgetful sleep in love; but love is nothing but a mattress of needles'

The poems of Charles Baudelaire are filled with explicit and unsettling imagery, depicting with intensity every day subjects ignored by French literary conventions of his time. 'Tableaux parisiens' portrays the brutal life of Paris's thieves, drunkards and prostitutes amid the debris of factories and poorhouses. In love poems such as 'Le Beau Navire', flights of lyricism entwine with languorous eroticism, while prose poems such as 'La Chambre Double' deal with the agonies of artistic creation and mortality. With their startling combination of harsh reality and sublime beauty, formal ingenuity and revolutionary poetic language, these poems, including a generous selection from Les Fleurs du Mal, show Baudelaire as one of the most influential poets of the nineteenth century.
For more than seventy years, Penguin has been the leading publisher of classic literature in the English-speaking world. With more than 1,700titles, Penguin Classics represents a global bookshelf of the best works throughout history and across genres and disciplines. Readers trust theseries to provide authoritative texts enhanced by introductions and notes by distinguished scholars and contemporary authors, as well as up-to-datetranslations by award-winning translators."