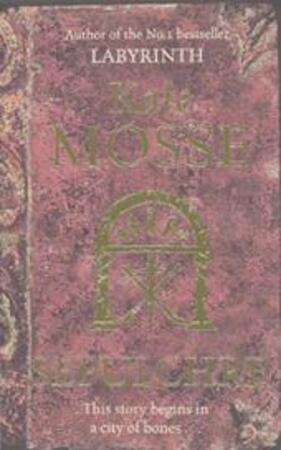 October 1897: on the Eve of All Saints, when graves are said to open and spirits walk, a young Parisian girl, Leonie Vernier, disappears without trace from her Aunt's country estate, the Domaine de la Cade, just outside the spa town of Rennes-les-Bains. That same night, in a tiny village across the valley, an elderly reclusive priest is brutally murdered. All that links the two events is the music heard echoing in the ancient woods and the painted Tarot card pressed between the bloodied fingers of the dead man's hand. Card XV, Le Diable - The Devil. The murderers are never brought to justice. Leonie's body is never found. October 2007: biographer and musician, Meredith Martin, arrives at the Domaine de la Cade, researching the composer, Claude Debussy. Immediately, she is captivated by the tragic history of the house and the fate of Leonie Vernier and her beloved brother Anatole. But when Meredith stumbles upon an ancient tomb, a sepulchre, hidden deep within the grounds, and hears ghostly music echoing through the woods at night, she realises the story of the cards is far from dead and buried.Against her will, she finds herself caught up in a race against time, both to find the Vernier Tarot and to solve the century-old mystery of Leonie's disappearance without becoming the latest victim herself.