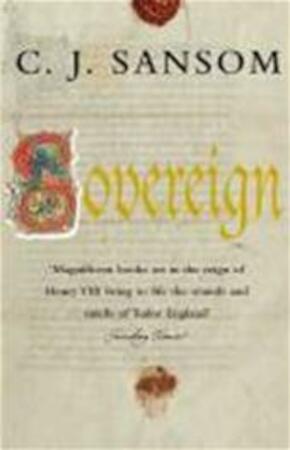 The new, third novel in the }Shardlake{ series. The sixteenth century lawyer Matthew Shardlake investigates the murder of a local glazier against the backdrop of Henry VIII's Great Progress, and its arrival in the city of York. Sansom has gained a loyal following, with over 160,000 copies of the previous two titles sold, and these books are reissue