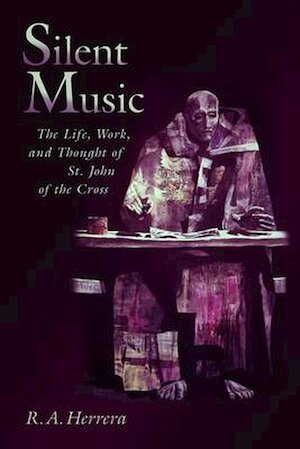 The Life, Work, and Thought of St John of the Cross

St. John of the Cross has long inspired Christians seeking a deeper knowledge of God. This sixteenth- century Spanish mystic left a record of personal faith as profound as any ever recorded. In Silent Music R. A. Herrera looks anew at the life and writings of St. John of the Cross and explores his continuing relevance to contemporary spirituality. Beginning with an erudite historical essay on the phenomenon of mysticism, Silent Music chronicles St. John's life story -- from his humble birth in 1542, through his career as a professional religious, to his death in 1591 -- placing the man and his spirituality squarely in their historical- cultural context. Herrera probes the aint's rigorous life of contemplation and his classic writings on such subjects as union life of contemplation and his classic writings on such subjects as union with God and the "dark night of the soul," clarifying St. John's understanding of the mystical experience and paying particular attention to the notion of detachment and the recurring motifs of darkness, flame, and ascent in St. John's writings. His careful analysis of St. John's thought is enriched with examples from philosophy, psychology, literature, spirituality, and art -- material not usually found in such a study. Appending his own original translations of select excerpts from St. John's poetry, Herrera here paints a richly detailed, multifaceted portrait of one of Christendom's most complex figures. His book will interest readers encountering St. John for the first time as well as those seriously engaged in the study of Roman Catholicism, Spanish history, Christian spirituality, and mysticism.