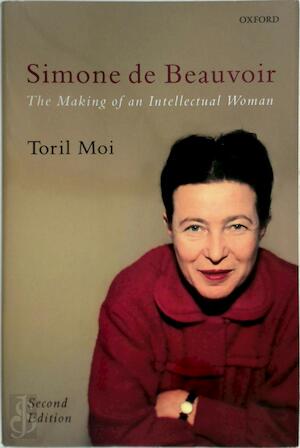 In Simone de Beauvoir: The Making of an Intellectual Woman Toril Moi shows how Simone de Beauvoir became Simone de Beauvoir, the leading feminist thinker and emblematic intellectual woman of the twentieth century. Blending biography with literary criticism, feminist theory, and historical and social analysis, this book provides a completely original analysis of Beauvoir's education and formation as an intellectual. In The Second Sex, Beauvoir shows that we constantly make something of what the world tries to make of us. By reconstructing the social and political world in which Beauvoir became the author of The Second Sex, and by showing how Beauvoir reacted to the pressures of that world, Moi applies Beauvoir's ideas to Beauvoir's own life. Ranging from an investigation of French educational institutions to reflections on the relationship between freedom and flirtation, this book uncovers the conflicts and difficulties of an intellectual woman in the middle of the twentieth century. Through her analysis of Beauvoir's life and work Moi shows how difficult it was - and still is - for women to be taken seriously as intellectuals. Two major chapters on The Second Sex provide a theoretical and a political analysis of that epochal text. The last chapter turns to Beauvoir's love life, her depressions and her fear of ageing. In a major new introduction, Moi discusses Beauvoir's letters to her lovers Jacques-Laurent Bost and Nelson Algren, as well as her recently published student diaries from 1926-27.