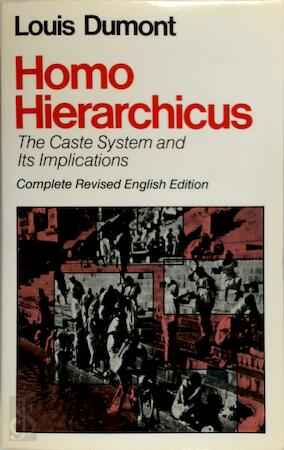 The Caste System and Its Implications

Louis Dumont's modern classic, here presented in an enlarged, revised, and corrected second edition, simultaneously supplies that reader with the most cogent statement on the Indian caste system and its organizing principles and a provocative advance in the comparison of societies on the basis of their underlying ideologies. Dumont moves gracefully from the ethnographic data to the level of the hierarchical ideology encrusted in ancient religious texts which are revealed as the governing conception of the contemporary caste structure. On yet another plane of analysis, homo hierarchicus is contrasted with his modern Western antithesis, homo aequalis. This edition includes a lengthy new Preface in which Dumont reviews the academic discussion inspired by Homo Hierarchicus and answers his critics. A new Postface, which sketches the theoretical and comparative aspects of the concept of hierarchy, and three significant Appendixes previously omitted from the English translation complete this innovative and influential work.