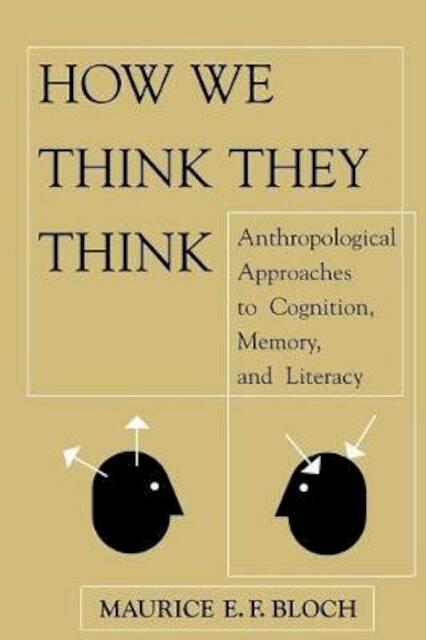 How We Think They Think

These essays by one of anthropology's most original theorists consider such fundamental questions as: Is cognition language-based? How reliable a guide to memory are people's narratives about themselves? What connects the “social recalling” studied by anthropologists to the “autobiographical memory” studied by psychologists? Now gathered in accessible form for the first time and drawing frequently upon the author's fieldwork among the Zafimaniry of Madagascar for ethnographic examples, the twelve closely linked essays of How We Think They Think pose provocative challenges not only to conventional cognitive models but to the basic assumptions that underlie much of ethnography. This book will be read with interest by those who study culture and cognition, ethnographic theory and practice, and the peoples and cultures of Africa.