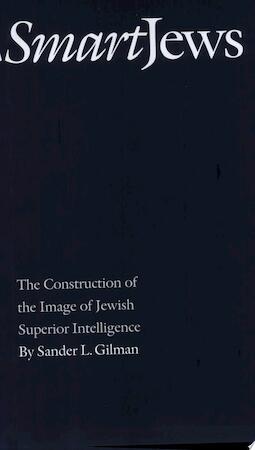 The Construction of the Image of Jewish Superior Intelligence

Smart Jews addresses one of the most controversial theories of our day: the alleged connection between race (or ethnicity), intelligence, and virtue. Sander Gilman shows that such theories have a long, disturbing history. He examines a wide range of texts-scientific treatises, novels, films, philosophical works, and operas-that assert the greater intelligence (and, often, lesser virtue) of Jews. The book opens with a discussion of concepts that relate intelligence and race (particularly those that figure in the controversial bestseller The Bell Curve); it then describes "scientific" theories of Jewish superior intelligence that were developed in the nineteenth and early twentieth centuries. Gilman explores the reactions to those theories by Jewish scientists and intellectuals of that era, including Sigmund Freud, Ludwig Wittgenstein, and Hugo von Hofmannsthal. The conclusion turns to how such ideas figure in modern novels and films, from F. Scott Fitzgerald's The Last Tycoon to Stephen Spielberg's Schindler's List and Robert Redford's Quiz Show. Gilman demonstrates how stereotypes can permeate society, finding expression in everything from scientific work to popular culture. And he shows how the seemingly flattering attribution of superior intelligence has served to isolate Jews and to cast upon them the imputation of lesser virtue. A fascinating, highly readable book, Smart Jews is an essential work in our ongoing debates about race, ethnicity, intelligence, and virtue. Sander Gilman is Henry R. Luce Professor of the Liberal Arts in Human Biology at the University of Chicago. His works include Difference and Pathology: Stereotypes of Sexuality, Race, and Madness; Jewish Self-Hatred:Anti-Semitism and the Hidden Language of Jews; and Inscribing the Other (Nebraska 1992).