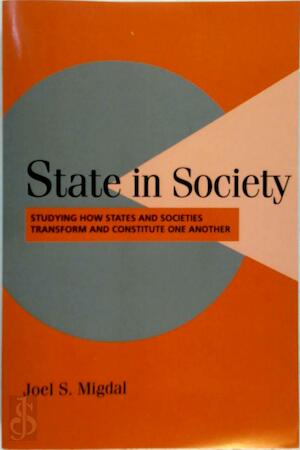 Studying How States and Societies Transform and Constitute One Another

The essays in this book trace the development of Joel Migdal's 'state-in-society' approach. That approach illuminates how power is exercised around the world, and how and when patterns of power change. Despite the triumph of concept of state in social science literature, actual states have had great difficulty in turning public policies into planned social change. The state-in-society approach points observers to the ongoing struggles over which rules dictating how people will lead their daily lives. These struggles, which ally parts of the state and groups in society against other such coalitions, determine how societies and states create and maintain distinct ways of structuring day-to-day life - the nature of the rules that govern people's behavior, whom they benefit and whom they disadvantage, which sorts of elements unite people and which divide them, what shared meaning people hold about their relations with others and their place in the world.