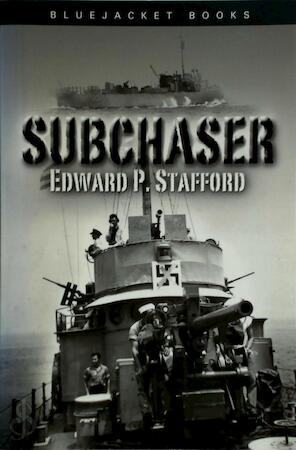 In a wartime Navy of giant carriers and battleships, tiny wooden subchasers did not command much attention. Yet these 110-foot warships, manned mostly by inexperienced reservists, performed vital chores for the fleet everywhere there was action in World War II. They led landing craft right up to the assault beaches, protected them from fire, fought off air attacks, swept for mines, laid down smoke screens, and patrolled the sea for killer submarines. One such doughty little ship, subchaser 692, is the subject of this book. Told by 692's commanding officer Ed Stafford, then a twenty-four-year-old lieutenant (jg) on his first warship, the story follows the thirty-man crew as they scrapped their way through the war, including action during the July 1943 invasion of Sicily. Filled with humor, tension, poignancy, and moments of high drama, this volume leaves today's readers with a vivid image of life on a very small ship in a very big war.