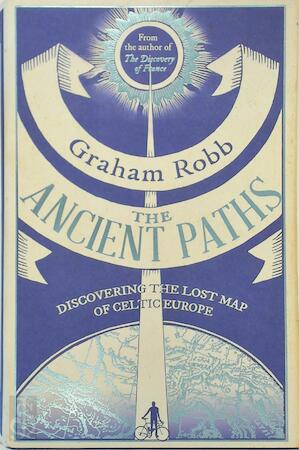 When Graham Robb made plans to cycle the legendary Via Heraklea, he had no idea that the line he plotted - stretching from the south-western tip of the Iberian Peninsula, across the Pyrenees and towards the Alps - would change the way he saw a civilization.

It was an ancient path that took him deep into the world of the Celts: their gods, their art, and, most of all, their sophisticated knowledge of science. Gradually, a lost map revealed itself, of an empire constructed with precision and beauty across vast tracts of Europe. Oriented according to the movements of the Celtic sun god, the map had been forgotten for almost two millennia. Its implications were astonishing.

Minutely researched and rich in revelations, The Ancient Paths brings to life centuries of our distant history and reinterprets pre-Roman Europe. Told with all of Robb's grace and verve, it is a dazzling, unforgettable book.

The Ancient Paths was published in America as The Discovery of Middle Earth: Mapping the Lost World of the Celts.