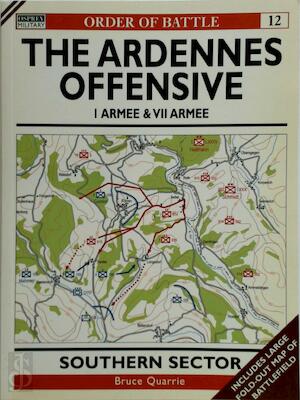 The task of securing the southern shoulder of Hitler's great offensive in the Ardennes, and delaying any counter-attack by the much-feared General George Patton, fell to VII Armee, commanded by the dogged yet unimaginative General Erich Brandenberger. Brandenburger knew that outright victory was impossible: resources were slender, and VII Armee's manpower and materiel were stretched to the limit. The key task was to stop Patton ruining the game plan. The volatile American's rapid reaction times were well known: could he react quickly enough to prevent the assault on Hodge's First Army achieving its objectives? This title recounts how VII Armee fought a series of bitter battles attempting to protect the vulnerable flank of the attack, as US Third Army drove into the southern flank of the 'Bulge'. Also covered is Operation 'Nordwind', I Armee's ambitious offensive to recapture the Alsace region.