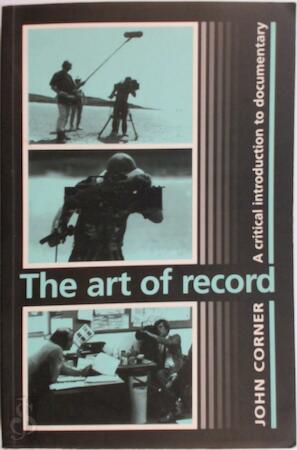 The Art of Record

John Corner, Professor At The School Of Politics And Communication Studies John Corner

Documentary is a controversial and important area of media production. The art of record is a fascinating insight into the function of documentary in film and television. Its attempts to depict reality, and to comment on it, have provoked disagreement from the 1920s to the present day. Recent debates about knowledge and representation, and about the changing character of public culture, have increased its interest and relevance. John Corner presents a clear overview of the theoretical issues and critical debates around documentary, and discusses the development of the main styles and approaches, including dramadocs and fly-on-the-wall. He also looks at the dual identity of work in documentary as both artefact and as reference. The book provides a valuable detailed analysis of specific examples of powerful documentary films and programmes such as Cathy Come Home, Life and Times of Rosie the Rivetter and When the Dog Bites.