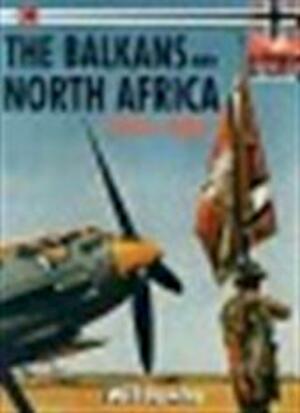 In the spring of 1941, shortly before his forces launched their invasion of Russia, Hitler was forced to undertake an assault upon the Balkans. The Yugoslavs, nominally allied to the Axis powers, had been encouraged to revolt by the British and, in April 1941, Hitler launched a preemptive strike through Yugoslavia and, thence, to Greece, sweeping both British and local forces in front of them.The second part of this book deals with North Africa, where the Deutches Afrika Korps under Erwin Rommel was formed to support an increasingly beleaguered Italian force. The initial success of the DAK was great, but the Desert campaign was characterized by success and failure, with the British putting up strong resistance as Allied forces defended Egypt and the Suez Canal. Using contemporary photographs, allied with line drawings and detailed analysis, the author explores how the strategy evolved during these two campaigns.