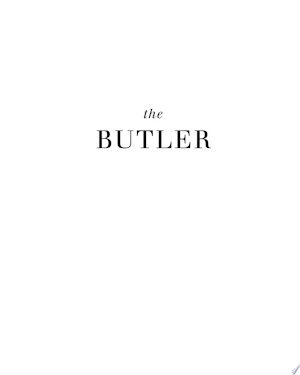 With a foreword by Lee Daniels
A mesmerizing inquiry into the life of Eugene Allen, the butler who ignited a nation's sympathy and inspired a major motion picture directed by Oscar nominee Lee Daniels, The Butler--which stars Oprah Winfrey and eight Oscar winners (including Forest Whitaker, Vanessa Redgrave, Robin Williams, Cuba Gooding Jr., and Jane Fonda), and is already being hailed as epic and buzz-worthy. Coming this fall from The Weinstein Company.

Acclaimed Washington Post reporter Wil Haygood had an early hunch that Obama would win the 2008 election and when he did he wanted to publish an article about a black person who had worked in the White House as a servant, someone who had come of age when segregation was so widespread, so embedded in the culture as to make the very thought of a Black president inconceivable. He struck gold when he tracked down Eugene Allen, a butler who had served no less than eight presidents, from Harry Truman to Ronald Reagan--and in so doing became "a discreet stage hand who for three decades helped keep the show running in the most important political theatre of all." While serving tea and supervising buffets, Allen was also a witness to history as decisions about America's most momentous events were being made. Here he is at the White House while Kennedy contemplates a moon landing; here he is again when Kennedy's widow returns from that fateful day in Dallas. Here he is when Johnson and his cabinet debate Vietnam and here he is again when Ronald Reagan finally got tough on apartheid. Perhaps hitting closest to home was the Civil Rights legislation that was developed, often with passions flaring, right in front of his eyes even as his own community of neighbors, friends and family were contending with Jim Crow America.

Also included in the book is an essay in the vein of James Baldwin's jewel, The Devil Finds Work, that explores the history of blacks in Hollywood as well as over 45 pictures of the butler, Eugene Allen, and his family, the Presidents he served, and the remarkable cast.