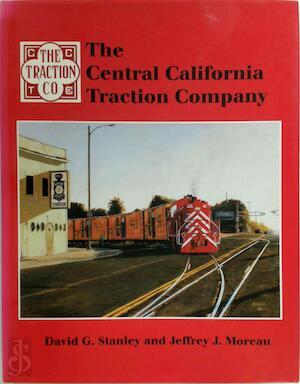 The Central California Traction had its origins in 1902 as a streetcar service in Stockton, CA. Conceived by Howard H. Griffiths to compete against Stockton's venerable, narrow-gauge Stockton Electric RR, Griffiths' vision became reality in 1905 with the incorporation of the Central California Traction Co. Modern, standard-gauge electric cars began serving the San Joaquin Valley's inland port city with connections to the steam trains of the SP, the young ATSF, and the forthcoming WP. As fate would have it, these three companies would become owners of the CCT in January 1928. Electric interurban passenger service to Lodi began in 1907 as ownership of the CCT was passed on from Griffiths to wealthy entrepreneurs Herbert and Mortimer Fleishhacker. Further expansion to Sacramento was completed in 1910, with both passenger and freight services offered over the 53-mile line. Soon, 48 daily passenger trains were listed in the timetable, all propelled by a 1,200-volt dc third-rail, the first installation of its kind in the United States. Although the Stockton streetcar service was a financial failure, a similar service operated by CCT in Sacramento proved successful and ran from 1910 until 1946. Interurban passenger service ended in 1933, even as freight business grew substantially. In 1946, diesel locomotives replaced the 'juice jacks.' Now, 101 years after its groundbreaking, the CCT continues to operate as an important freight carrier and retains its corporate identity.
The 626 photos, 23 maps, numerous ephemera and graphics, equipment drawings, rosters, and numerous sidebars richly document the story. The company's interaction with its parent railroads as well as with the Sacramento Northern, Stockton Terminal & Eastern, and Tidewater Southern Railways are documented as well.