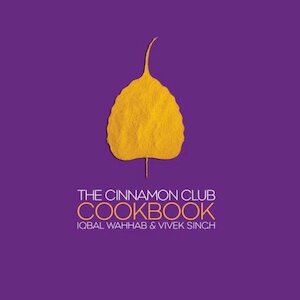 Anyone who has walked through the doors of The Cinnamon Club Restaurant housed in London's Old Westminster Library building could not help but be impressed by what Iqbal Wahhab and Vivek Singh have created within. In conjunction with two-star Michelin chef Eric Chavot they have created an award-winning cuisine that has revolutionised the traditional view of Indian restaurant food. The Cinnamon Club Cookbook recreates the dishes that have brought the restaurant so much praise since first opening in 2001. All the Cinnamon Club favourites are here as well as recipes for breakfasts and the legendary Cinnamon Club cocktails. This is an Indian cookery book like no other before and seems certain to set the standard for some long time to come.