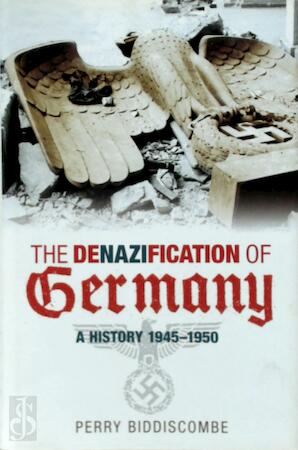 The Denazification of Germany

In 1945, the word Germany was synonymous with chaos. The country had become a scene of unprecedented devastation, wrought mainly by a trio of calamities - aerial bombardment, ground fighting and scorched earth measures. The nation's cities and industries lay in ruins, its transportation system was paralyzed and its population was desperately war weary. Millions had become refugees, Germans fleeing the bomb-battered cities and advancing enemy forces, and foreign slave labourers and concentration camp inmates, liberated by the Allies. Amidst a humanitarian crisis of almost unimaginable proportions, the occupiers ordered the mass dismissal of millions of Nazi Party members from government offices threatening the operation of local waterworks, food provisioning systems, hospitals and police forces. Perry Biddiscombe's new book is the first history of denazification of Germany, which has provided the model - albeit flawed - for the De-Communization of Eastern Europe and the De-Baathification of Iraq. The author explores the ideological basis of denazification, German reactions to denazification and assesses how successful the programme was.