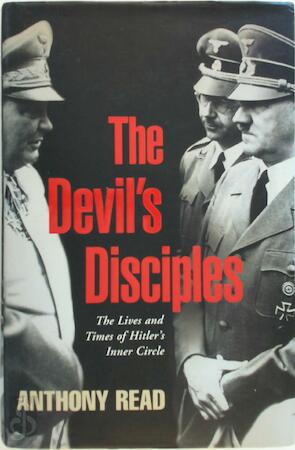 The Devil's Disciples - The Lives and Times of Hitler's Inner Circle

The Nazi regime was essentially a religious cult, relying on the hypnotic personality of one man, Adolf Hitler, and it was fated to die with him. But while it lasted, his closest lieutenants competed ferociously for power and position as his chosen successor. This deadly contest accounted for many of the regime's worst excesses, in which millions of people died, and which brought Western civilisation to its knees. THE DEVIL'S DISCIPLES is the first major book for a general readership to examine those lieutenants, not only as individuals but also as a group. It will focus on the three Nazi paladins closest to Hitler - Goring, Goebbels and Himmler - with their nearest rivals Bormann, Speer and Ribbentrop in close attendance. Others who were removed in various ways - like Gregor Strasser, Ernst Rohm, Heydrich and Hess - will play supporting roles. While there will of course be a fair amount of analysis, THE DEVIL'S DISCIPLES will be a powerful chronological narrative, showing how their personalities developed and how their jealousies and constant intrigues affected the regime, the war, and Hitler himself. In doing so, it will be essential reading for anyone with an interest in the Nazi period.