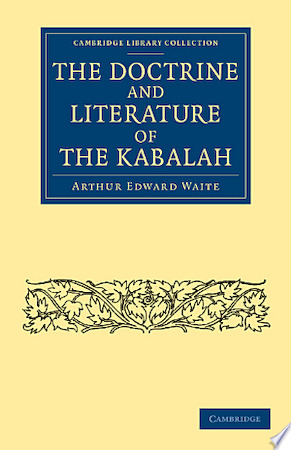 The Doctrine and Literature of the Kabalah

Arthur Edward Waite (1857-1942), mystic and historian, was an influential figure in the occult revival of the nineteenth century. Brought up a devout Catholic, he became increasingly involved in spiritualism in his late teens following the death of his sister. Choosing not to enter the priesthood, he pursued instead his interests in occult philosophy. A translator and editor of several alchemical texts in the 1890s, Waite also wrote several histories of magic in his later years. First published in 1902, the present work establishes Kabbalah's significant influence on nineteenth-century occultism. The book chronicles the history of Kabbalist practice from its ancient Hebrew origins to its effect on other branches of the occult, including Rosicrucianism, freemasonry, hermeticism and tarot. Waite also connects noted occultists to Kabbalah, including Heinrich Cornelius Agrippa, Paracelsus and Eliphas Lévi.