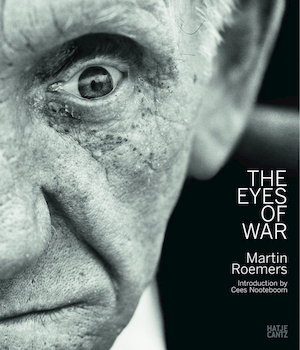 The Eyes of War

Striking photographs by the winner of a 2011 World Press Photo Award With a foreword by Cees Nooteboom Over the past few decades, the traces of World War II only appear to have become invisible. The horror can still be seen in the stories told by survivors—their eyes reflect the terror and trauma of a childhood spent in wartime. In his picture of a blind war victim, photographer Martin Roemers (*1962 in Oldehove) discovered a haunting metaphor for the depths of the human soul in general, and consequently found thousands of people who lost their eyesight when they were children or young soldiers during the war. Featuring around forty portraits and accompanying interviews, this publication remembers the forgotten while at the same time transcending their individual stories of suffering. Formerly bitter foes from Germany, Great Britain, the Netherlands, Belgium, Ukraine, and Russia are united in their fate as blind persons and victims of the war.