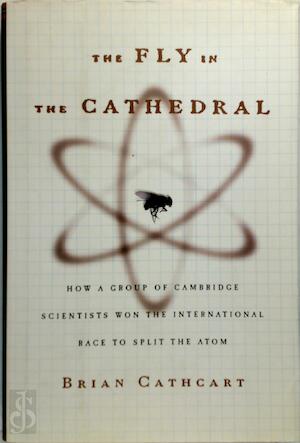 The Fly in the Cathedral

Recreating the frustrations, excitements and obsessions of 1932, the 'miracle year' of British physics, Brian Cathcart reveals in rich detail the astonishing story behind the splitting of the atom. It was the most celebrated scientific experiment of its time, and would lead to one of mankind's most devastating inventions--the atomic bomb.

All matter is made mostly of empty space. Each of the billions of atoms which make it up is hollow, its true mass concentrated in a tiny nucleus which, if the atom were a cathedral, would be no bigger than a fly. Discovering its existence three quarters of a century ago was Lord Rutherford's greatest scientific achievement but even he caught only a glimpse. Almost at the point of despair, John Cockcroft and Ernest Walton, two young researchers in a grubby basement room at the famous Cavendish Laboratory in Cambridge, grappled with the challenge. Racing against their American and German counterparts-a colorful cast of Nobel prize-winners-they would change everything. With paper-and-pencil calculations, a hand-made apparatus, the odd lump of plasticine, and some revolutionary physics, Cockroft and Walton raised the curtain on the Atomic Age.

The Fly in the Cathedral is a riveting and erudite narrative inspired by the dreams that lead the last true gentlemen scientists to the very essence of the universe: the heart of matter.