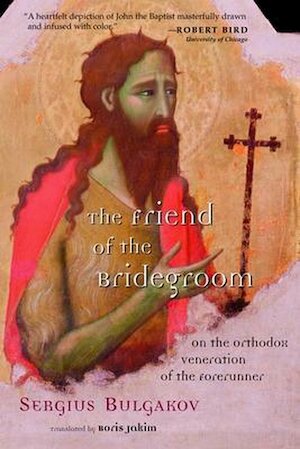 The Friend of the Bridegroom

The Friend of the Bridegroom offers a compelling theological interpretation of John the Baptist as seen through the eyes of Eastern Orthodoxy. Written by Sergius Bulgakov, the greatest Russian theologian of modern times, this book sheds new light on the mission and meaning of John the Baptist, commonly referred to in Orthodoxy as the "Forerunner of the Lord." Bulgakov traces the Baptist's life from beginning to end - his birth, his preaching of repentance, his baptism of the Lord, his agony, his death, and his veneration in the context of Eastern Orthodoxy. In addition to its use of the Gospel narratives, Bulgakov's profound portrait of the Baptist is colored by sacred tradition as it is embodied in patristic literature, in liturgy, and in iconography. Yet this is not a work of arcane scholarship intended just for academic readers. Typical of all of Bulgakov's books, The Friend of the Bridegroom is steeped in devotional language and holy awe. In the words of translator Boris Jakim, it is "a work of prayer" that will stir the souls of Christians everywhere.