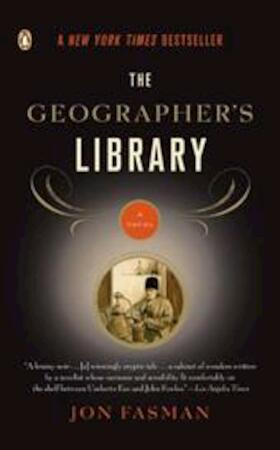 Fasmans fast-paced tale is almost all plot... These characters are better drawn than those in The Da Vinci Code. Newsweek Jon Fasmans dizzyingly plotted intellectual thriller suggests a marriage between Dan Brown and Donna Tartt. When reporter Paul Tomm is assigned to investigate the mysterious death of a reclusive academic, he finds himself pursuing leads that date back to the twelfth century and the theft of alchemical instruments from the geographer of the Sicilian court. Now someone is trying to retrieve them. Interspersed with the present action are the stories of the men and women who came to possess those charmedand sometimes cursedartifacts, which have powers that go well beyond the transmutation of lead into gold. Deftly combining history, magic, suspense, and romanceand as handsomely illustrated as an ancient incunabulumThe Geographers Library is irresistible. A brainy noir . . . [a] winningly cryptic tale . . . a cabinet of wonders written by a novelist whose surname and sensibility fit comfortably on the shelf between Umberto Eco and John Fowles. Los Angeles Times One of the years most literate and absorbing entertainments. Kirkus Reviews